Grocery stores have become a necessity in our modern age. It's hard to imagine what life would be like without them. The need for the average, urban family to learn the skills to grow their own food has essentially become obsolete. Despite this solution, problems still linger in the grocery shopping process. Grocery Prime wanted to explore an app solution to this, so they asked me to research shoppers and their struggles to decide what problem the app should focus on solving. 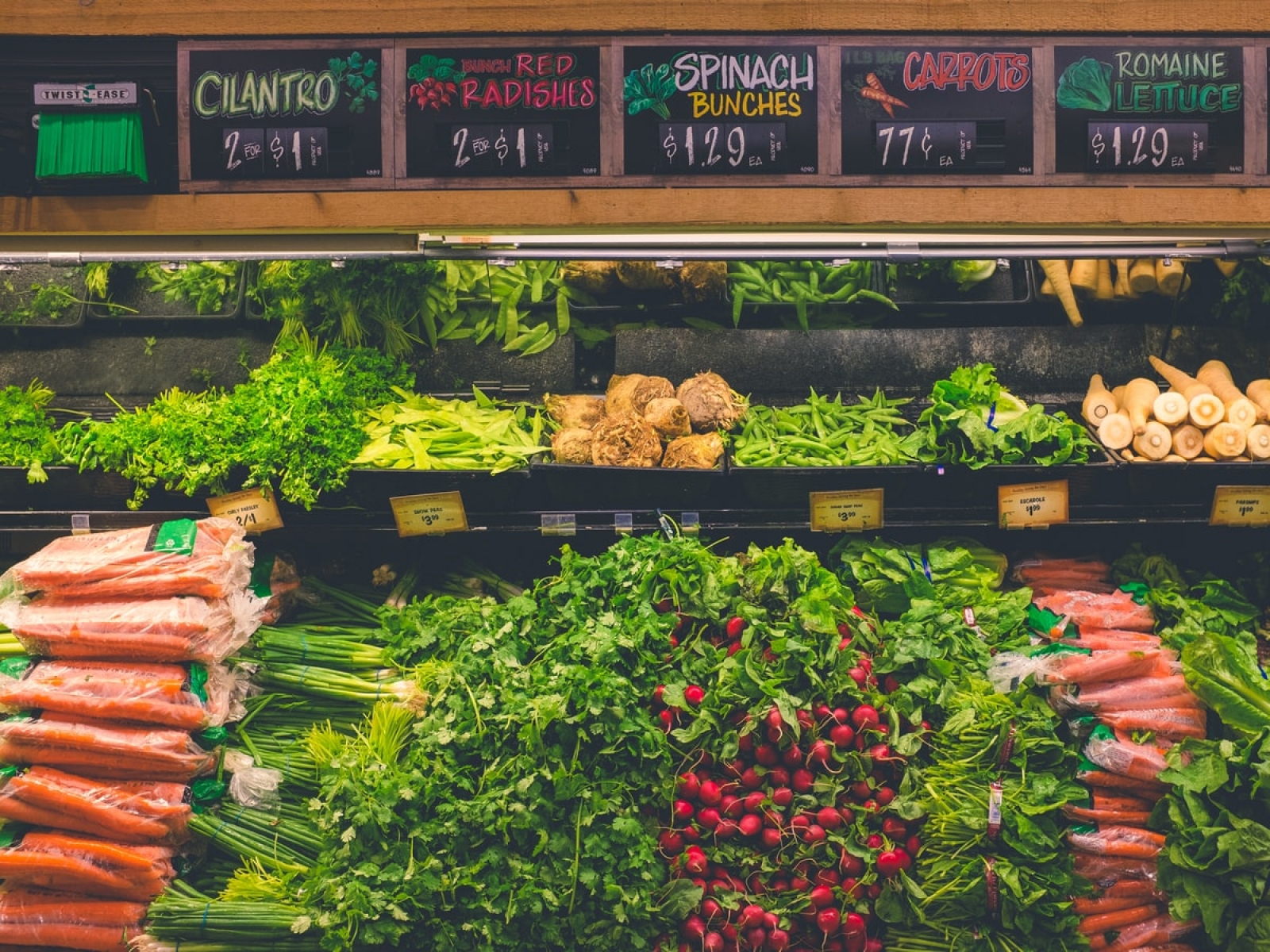 To reach and interview a wide variety of shoppers, the user-requirement list was kept short. I was looking for 4 users that would be:
‍
• Male or Female Adults (18+)
• Grocery shop at least once/week
• Own and primarily use a smartphone
• Live in the United States

To find and recruit my users, I looked to two options. First, social media. If that didn't work, then my immediate network. Great. Let's go hunting.

I first took a stab at Twitter. Specific grocery shopping communities with fresh content seemed to be the ideal places to find interviewees. I prepared an interview survey and screener to send out. Then, tweet! Turns out, that plan failed. One week post-tweet left me with zero responses. So, I resorted to reaching out to my immediate network which proved to be far more successful. I had 4 participants in no time. 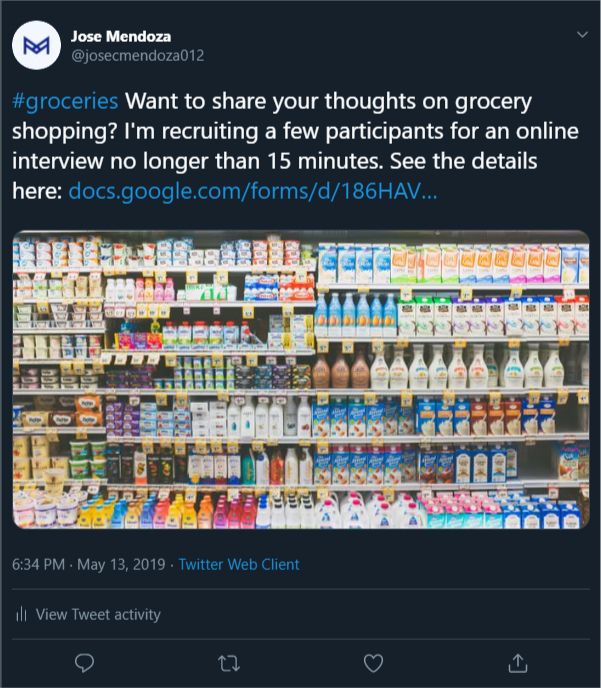 Look at all these responses to my interview survey tweet.

Preparing and Executing the Interview

For the interview plan, there were 5 areas I wanted to learn more about from my users. They included time spent in store, searching for items, check-out, pre-shopping process, and feelings about grocery shopping. To each of those areas, questions were prepared with follow-ups to get thorough answers.

Once the plan was set, dates were scheduled and interviews began. 3 phone interviews plus 1 in-person interview was conducted. They lasted no longer than 10 minutes. I recorded notes by hand and through a recording device. My focus was not only on individual response, but also on gestures and voice tone to get an overall perspective on their answers. 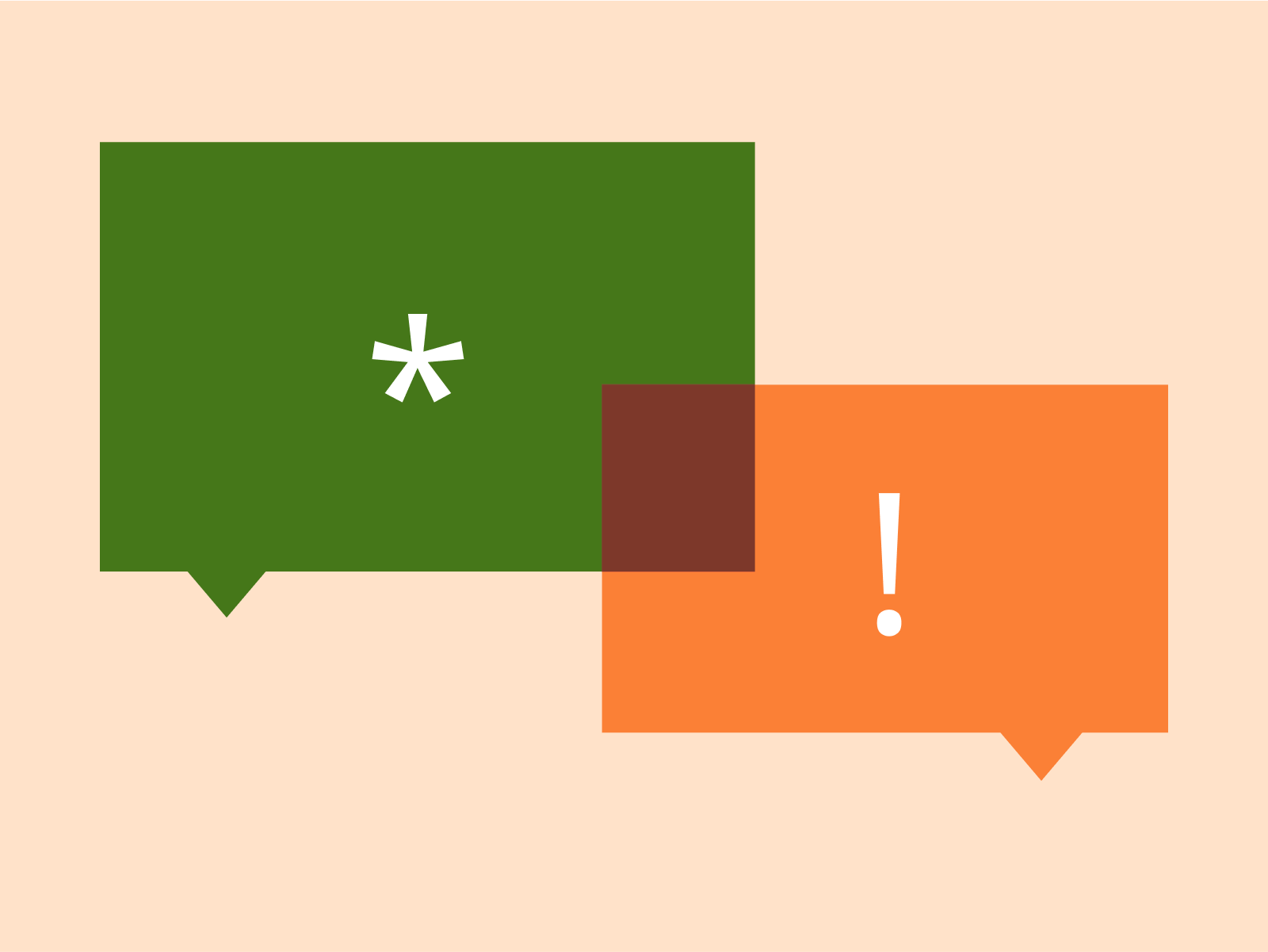 Analyzing the Data (and mistake)

The most interesting phase in the process was making sense of everything. I used an affinity diagram to analyze and synthesize the data. From the research, I discovered a number of problems shoppers go through including:

Realistically, we can't solve all of these problems. In a world of budgets and time constraints, we needed to prioritize. So, I proposed the main problem my client should focus on was the inability of users to make a grocery list. This was wrong. 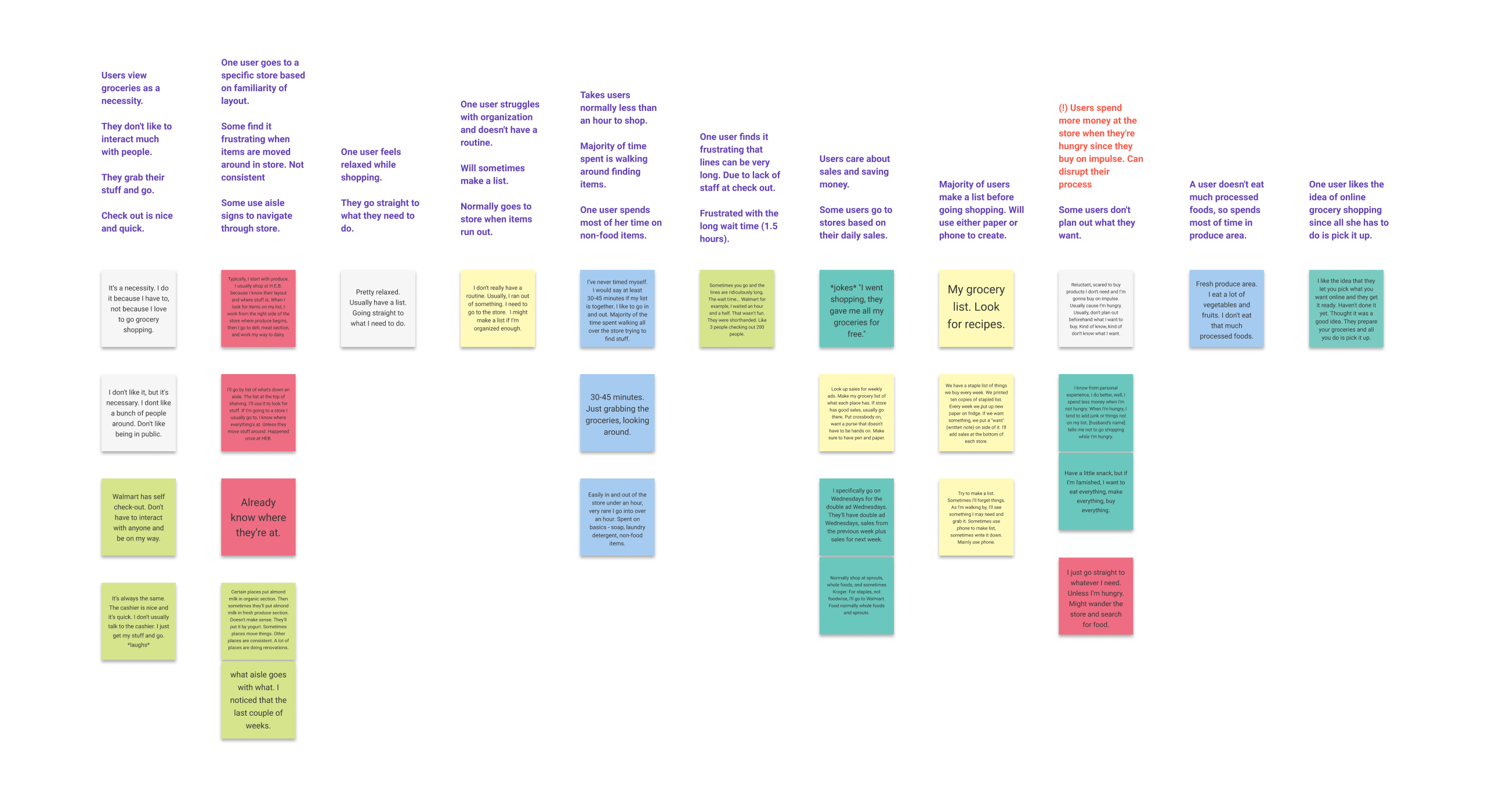 My first analysis of the data through an affinity diagram.

After turning in my project for review before final submission, two reviewers pointed out that I was focusing on a problem that wasn’t as significant as another I had already identified. Ouch. A second analysis was needed.

This time, I used a suggestion from one of my mentors to group the findings in fewer high-level categories instead of multiple small-level ones. This proved to be much more effective. The new analysis revealed that time spent on specific activities was a bigger problem rather than the inability to create a list was. The proposal was adjusted to focus on that problem instead. 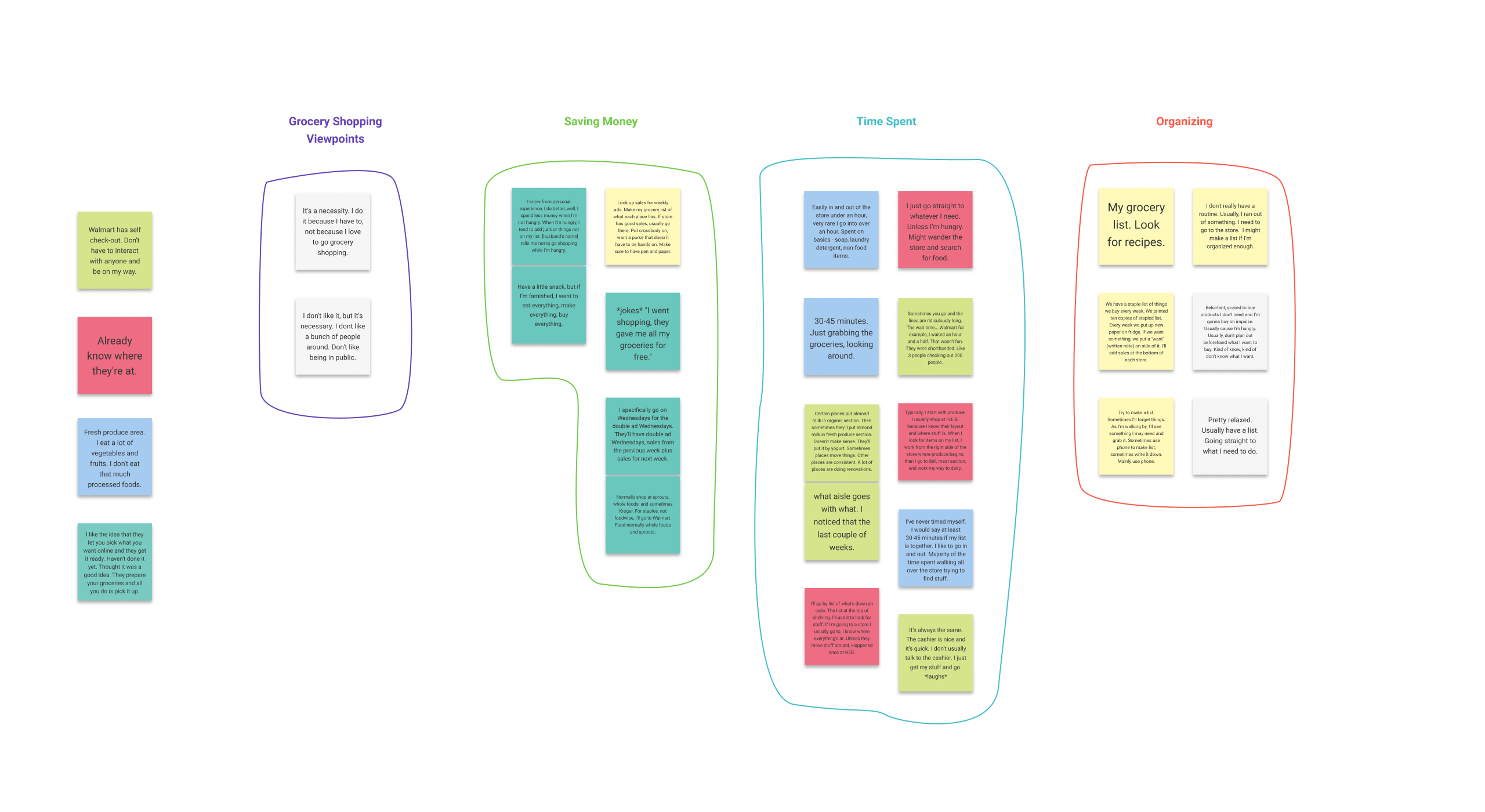 This project was a huge challenge for me, but one that was very rewarding. I learned how to research a targeted audience, develop a research plan and script, interview users, and analyze the data gathered from them to identify a problem to focus on. True. Mistakes were made, but learning from them made up for the initial disappointment. It was exciting to see all the hard work come together to direct one client's idea to come up with a solution. How else will technology change the way we live? What other embraced processes will also become obsolete?

END_OF_DOCUMENT_TOKEN_TO_BE_REPLACED

Reach out to me

Interested in my work? Resonate with what I believe in? Let's have a conversation!

Thank you! Your submission has been received!
Oops! Something went wrong while submitting the form.